My Most Memorable Moments of Amazement

WoW.com's breakfast topic today is memorable moments in World of Warcraft. When I was reading through some of the replies I was thinking of what I regarded as my own most memorable moments and I have to say I have quite a couple of them.

Below the cut three of my most memorable moments of amazement.
The first one that comes to mind is one that a lot of players are probably familiar with.

The cinematic of the Lich King.

The first time our 10man killed Arthas was happiness on vent all around, people cheering and shouting. But all the while I had this lumpy feeling in my throat. It jumped to the cinematic and quiet came over vent. Everybody was watching the cinematic. I had to blink a couple of times, was I really tearing up over this?

I think what it really was, was the fact that our 10man had made it to the end of an expansion. Our little casual 10man group that is made up of not only brilliant players, but also of good friends had made it. We had beaten the Lich King! We had done it!

So yeah...every time I see that cinematic that feeling comes back a little and I have to swallow again. I am so proud of all of us :)

The next one is a bit further back in World of Warcraft, during SSC in the Burning Crusade expansion.

Calling switches on Hydross the Unstable


I only started playing this game towards the end of Vanilla. Before that I had been asked by friends several times already, but I was busy doing this little other thing called 'graduation' and I refused to even start something that I knew could suck me in before I had the diploma in my pocket.

So while I've seen some raiding at the end of Vanilla in ZG and MC they could barely be called raiding since it felt more as if I was taken along for the ride. Now I have to say that the instances that I did in Vanilla felt like that anyways. With a group of 40 it's just much easier to bring people along for the ride, whereas in a 10man each player really has to pull their weight. 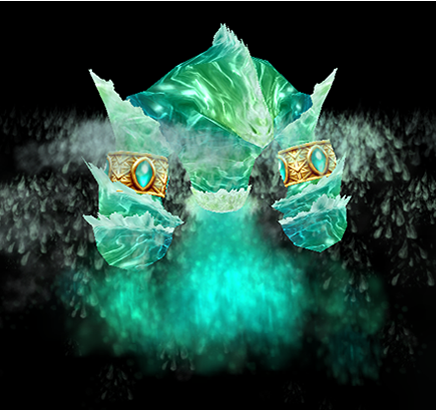 I started World of Warcraft as a warlock, then in BC I levelled a shammie and played her as enhance for a while, but when I got into a 10man Kara group who needed healers I speed levelled the priest and she's been my main ever since.

I turned out to be pretty good at the whole healing thing so this is also what my role was in SSC. Soon enough I was the healing lead, and I was taking my first steps in calling out things. One of the first fights I remember being responsible for doing the calling is Hydross.

Now to better understand this you have to know that I use 'push to talk' for vent. I've never wanted the thing to start sending when I coughed or something.

So here I was frantically trying to keep a neat priest rotation up, greater heal stopcasting on the tanks, and in the meantime attempting to find my push to talk key. I can tell you, it felt like I was running a marathon every time we did this boss. I remember someone asking if I was ok after a kill, and that I was literally panting. But hey, all is fine, the boss was dead and that's what counted.

The next person under me was not happy, but I had a Raven Lord! Woah! Me, Shy, had a rare mount, and not just any mount! I was over the moon.

Since then I've managed to get my hands on other rare mounts, but looking back this mount was what got me started collecting mounts and actually putting time in it. This is still my favorite and absolutely the best looking mount in the game. Thanks Maelgwyn!

I'm rereading this post and thinking that there were so many more. Thinking that oh! maybe I should describe that one too! And that one...or maybe not, nah.

I think in the end lit's good to learn from what has been, but to yearn for it is a different story. In life you want to look forward, since that's the only way you'll be going. And learning from the past is good, but living in it and wanting it back is wrong.

So I'm now looking forward to Cata. And while I may complain about talents and specs, and whatnot, I have an amazing guild and a brilliant raid team. I'm pretty sure I'll have fun in the upcoming Cataclysm, and hope to gather even more memorable moments of amazement with them.
By Vanessa at 4:26 PM