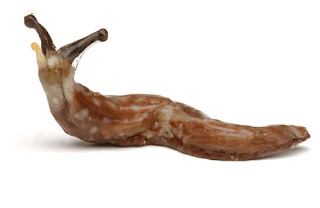 I haven't written much for a while now. Part of that is because I didn't feel much like writing and summer was here, but part is also because I felt that I just didn't have anything much to say.

Instead I just waited, cause there were promises out there that once the gear would improve, the mana situation would improve and well..healing would be more fun again.

It hasn't, and I've been trying to find out why that is..and I think I may have figured it out...
Back in school I was one of those students who learned though understanding a situation or a subject. The world is quite a logical place most of the time (luckily), and by knowing the basics of what I was getting myself into I generally managed to improvise myself through tests and exams.

I was also one of those people who got into trouble when I would have to sit down and actually learn stuff by heart. Not because I couldn't do that, but because I had, and still have, a great dislike for it. I speak 4 languages, but I learned those in practice by speaking them, not by sitting down and learning lists of words by heart.

World of Warcraft healing has gone from logical and reactive thinking to learning things by heart.

Where in ICC I could go into a fight knowing only the bare basics and improvising the rest, trusting on my knowledge of the priest and knowing that I knew how to apply my spells to any situation that would come up. In Cata you have to know beforehand what is happening. And this for the entire fight.

So while I can still go in and learn the fight while doing, I can no longer fully succeed while doing so. And I don't like this learning things by heart. To be fully successful I need to know when to use my specials, when to fall back on less mana intensive heals, when I catch a break to run my hymn of hope, etc. I need to know from beginning to end how the fight goes, and I need to learn it by heart.

So while I was thinking it would be the mana issues that would bug me the most, it really is the fact that I'm still a slug  when it comes to reactivity. I still feel like the slowest role possible.

Funny enough they tried to get 'whack a mole' (though I never thought it was that) out of the game for healers, but seem to think it's a good thing for dps and tanks. Retribution is more whack a mole than healing has ever been. And I've been reading about tanks needing more buttons to press so they have stuff to do. Meanwhile my priest still feels like a beached whale, while I try to pre-actively think about everything cause otherwise my slowpoke spells won't arrive in time.

The other part that bugs me enormously is that I am no longer the savior. I cannot save people any longer, when they set their feet down wrong during a fight, they die. No more buying them time by healing them more. No, stand in the wrong spot and you die, death, game over. I have no influence over that, except for the rare time I can get a guardian spirit off.

So not only has the game gone from reacting to having to know beforehand, you also have to know 95% of the time. No leniency for human error, no crap lets not do that again, no learning on the run. Nope, people making mistakes generally means start over from the beginning. And it's harsher for 10s than for 25s, since losing a person has a much larger impact there.

I guess I can just count myself lucky that my school wasn't this strict or I would still be there trying to pass my exams.

What's disheartening to me is that I read everywhere that people are happy with the changes, and the designers themselves say that this new healing model is generally considered a success.

I feel like a sluggish beached whale, that should have a memory like an elephant, and it's considered successful...huh. Guess I have to live with being the minority, or find another role to enjoy.

The verdict on that one is still in the air...

In the meantime I'll have to look into writing on other topics I guess, maybe something on raiding next time.